City officials have discovered the potential of post-growth thinking for orienting urban policy making and interventions. Many cities in Europe, and elsewhere, have been flirting with the idea of post-growth. Some cities have fully engaged with Kate Raworth’s concept of the doughnut economy and applied it to their institutional policy making process (e.g. Amsterdam, Brussels, Copenhagen, Glasgow). There are also cities that have not explicitly used the doughnut tool but have instead preferred to focus on other repertoires and terminologies, such as the Wellbeing Economy. Yet, there is hardly any public administration that has embraced the term degrowth (often preferring ‘municipalism’ instead). Meanwhile, degrowth has become rather common among urban and environmental activists, designers, and architects.

What we have in front of us is a constellation of terms that are often used interchangeably, depending on the setting and actors involved in the discussion. Already few times, I found myself involved in roundtables, seminars, policy tables, think-thanks, and workshops where all terms are used simultaneously. The result is a discussion that is messy and quite often lacking target. People share their views but hardly reach a consensus on the best ‘narrative’ to apply to address socio-environmental problems. As a consequence, the conversation often gets stuck on the terminologies themselves, rather than on the actual solutions needed to address the socio-environmental problem at hand (such as CO2 reduction, or inequality). Surprisingly, this problem also occurs in universities, where scholars pick terms that resonate with their background. Circular economy for quantitative engineers and economists, degrowth for social scientists, post-colonialism or extractivism for some in the humanities, doughnut for law and (few) business economists.

Because these terms are all very important to position urban policymaking in the current climate and bio-diversity crisis, I want to give a short guide to distinguish and compare them. I build on both the literature and the observation of how these terms are used in practice. Specifically, I want to compare the following four terms: post-growth, degrowth, the doughnut (or doughnut economy) and the circular economy. In short, post-growth is an approach, the doughnut is a tool, degrowth is an agenda and circular economy is a (business) model.

The term POST-GROWTH defines an approach to the study and intervention of socio-ecological problems that is essentially opposite to that of green-growth. Green growth expresses the belief that society can keep expanding the overall number of economic (and monetary) activities while achieving a reduction of emissions and material demands on the planet. Post-growth thinking takes a different stance, arguing that the unlimited expansion of production and consumption (measured as GDP, but also in other ways) is impossible on a finite planet. Because this is a rather obvious statement, and because there is hardly any evidence of absolute decoupling globally, post-growth approaches have gained large momentum. It is important to stress that post-growth is an approach, which does not yet have a strategy or an agenda. It is a rather straightforward way of recognizing that the current prime challenge for environmental policymaking does not lie in finding or applying new and more green technologies, but rather in rethinking the way society and economy interact with the environment. Post-growth thinking happens as soon as one accepts that there are planetary boundaries which cannot be respected if industrialized societies double their economic output every 23 years or so (assuming a growth rate of 3% per year).

As such, post-growth is a rather toothless word. It certainly counteracts the hegemony of growth, but it hardly gives a direction for action and intervention. It’s an approach without a toolkit.

The DOUGHNUT comes very handy to fill this gap. Developed by Kate Raworth, the doughnut is first of all a model that allows for giving policy-content to a post-growth approach. Embracing the doughnut implies the clear acceptance of a post-growth position. As any other analytical framework, the doughnut is a tool that allows policymakers to do two important things: first, to map and survey what are the sectors – within a city or a nation for example – that are overshooting planetary boundaries; second, to identify those sectors of society that are not meeting minimum standards. In fact, using the doughnut as a policy-tool makes it possible to identify and discuss those sectors that overshoot, and those sectors that instead do not meet basic human needs. Given there is enough data, the doughnut allows policymakers to make an estimate of how much each of these sectors should either decrease or increase. It’s a tool to build a target. This is how it has been used in Amsterdam, where the city has engaged in repeated workshops and research to establish key sectors to reduce at city level and to list key indicators of wellbeing to be achieved. It is no surprise that DEAL (the doughnut economics action lab, linked to Kate Raworth), calls their doughnut tool offered to city-officials ‘city portrait’.

The limit of the doughnut lies in the fact that, as any other tool, its effectiveness and potential consequences fully depend on the actors that use it (and in the data that they gather to implement it). Moreover, as a tool, the doughnut hardly offers a course of action. It offers a map of a problem but gives little direction of how this problem should be approached. The result is that, even if a city approves a doughnut policy, officials could still undertake policies of shifting environmental costs elsewhere, greening the urban economy (rather than downscaling it), increasing the wealth of ‘all people’ in its administrative boarders without reducing inequality on a broader scale, et cetera.

DEGROWTH addresses this limit. It offers an agenda of action that makes it possible to reach the targets defined through a doughnut framework. Degrowth is obviously a post-growth approach, but it does one step more. It recognizes that to respect planetary boundaries (i.e. the external border of the doughnut) it is necessary to actively reduce all those economic activities – production and consumption – that generate environmental damage and that concentrate wealth in the hands of few. To do this, degrowth opens a trajectory of reduction that targets excess first. At the same time, degrowth demands distributional justice. It requires a recognition by policymakers for the fact that overconsumption by the wealthy is damaging the urban and planetary commons for all. At the same time, it draws attention to the fact those who do not meet minimal living standards (the inner border of the doughnut) can only achieve wellbeing if the wealthy give up their overconsumption, which is taking away housing, land and carbon budgets. Degrowth is the opposite of trickle-down economics, so to speak.

This is an agenda of socio-ecological redistribution. As such, this agenda opens a whole pandora box of related issues: the democratic distribution of power, the taxing of excessive wealth, the marginalization of care and social work, and even the system of property rights, which predispose some to accumulate material resources while dispossessing others.

Degrowth is therefore a useful concept to build an agenda for thriving cities. But why is there so much reluctancy to use it in policy? It is very common to see public officials clearly dismissing the term as unusable. The reason is that this term touches upon the big elephant in the room: to achieve ecological limits and social equality requires a planned reduction of excess, and this excess is mostly concentrated in the wealthier and powergul actors that govern our economy. Examples are the shareholders of the aviation industry and of urban airports holdings, harbour operators, cargo industries, fossil-fuel distributors, financial and insurance elites (which mostly live in cities and enjoy frequent flying), the servers’ operators that run the smart economy, the building industry, etc.

The term CIRCULAR ECONOMY requires less discussion. Nowadays, it’s commonly defined as a model of economic production and consumption that strives to maximise the productivity of materials and in so doing reduces waste and raw materials intake. As such, the model gives public officials and companies the possibility to find out where loss of value in materials takes place and to set in motion changes in production and consumption that make it possible to capture that value. This is a good goal, also from a degrowth perspective. Yet, as a model it is so neutral that it can be used for almost any kind of socio-environmental policy: from socially oriented repair café’s to multinational oligopolies governing large value chains. The concept of the circular economy alone offers little for dealing with socio-ecological problems because it does not demand the reduction of consumption and production. If combined with degrowth, however, the circular economy concept can offer a powerful trajectory for material reduction. It can target planned obsolescence, penalize waste producers and promote a decentralized, democratic economy of material reuse.

Let me reiterate the root of all misunderstandings these terms: both public-officials and green-economic actors do recognize that post-growth approaches are necessary. They invest many of their hopes and resources in developing the doughnut as a tool to identify targets. They eventually engage in circular economy strategies that set out to trigger ‘practical actions’ on the ground, generate new economy growth and, possibly, new jobs. This would please both large corporations and small civic associations. Yet, they don’t accept that any effective achievement of all doughnut targets hinges on engaging in a degrowth agenda that actively pursues reduction in key sectors and is not afraid to redistribute wealth. Without this last step – degrowth –  post-growth will remain wishful thinking, the doughnut will remain a tool without purpose, and the circular economy will become a great new money-making machine with little environmental results. 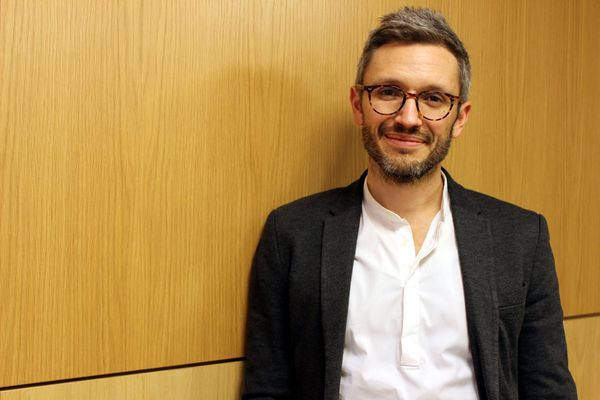 ontgroei
—
Post-growth, degrowth, the doughnut and circular economy: a short guide
Share this