The date of the Second Utrecht Degrowth Symposium, May 15th, is getting closer. Here you can learn more about all our speakers and members of the organizing team!

Kersty Hobson's research interests focus on issues of social and environmental transformation, particularly in the fields of sustainable production and consumption, and multi-level environmental governance.

She has held academic positions at the University of Birmingham, Australian National University, and the University of Oxford, where her research has examined household sustainability practices; environmental non-governmental organizations; animal geographies; as well as climate change governance and public deliberation.

Her current research focuses on the socio-political implications of, and challenges for, the circular economy agenda. She also has as long-standing interesting in community-level responses to pressing socio-environmental issues.

Ilektra is concerned with two questions: Can we thrive as a society without destroying our home? And can we create economies and cities that put our and our planet's wellbeing first? To answer these questions, she deploys her technical engineering knowledge, policy analysis skills, and strong business acumen for organizations, cities, and businesses implementing innovative sustainability projects and circular strategies.

Ilektra has worked in the Netherlands, Germany, Belgium, Portugal, Brazil, and Greece. At Circle Economy, she has made it her mission to advance the transition towards low-carbon and circular cities. Currently, she leads the Thriving Cities Initiative pilot programme, taking cities on a journey to become socially just and environmental safe places within planetary boundaries.

Martin is currently working as a PhD researcher on the discourse, theory and practice of the circular economy. Martin has an interdisciplinary academic background on international development studies, political ecology and urban planning from McGill University, University of Melbourne, and University College London. Martin has over seven years of professional experience in areas related to sustainability, working on several projects in Africa, Europe, Oceania and the Americas. His current research focuses on circular economy, sustainability, degrowth, and deliberative democracy.

Socrates Schouten is researcher and writer in the field of the circular economy and the commons. In 2016 he wrote the book 'De circulaire economie' (The Circular Economy, published by Leesmagazijn) about ecological thinking and the philosophy of the commons.

Socrates worked at several social organisations in the field of sustainability, recycling, green politics and change in the way economics are approached in The Netherlands, such Recycling Netwerk, Bureau de Helling, Qoin and 'Platform Duurzame en Solidaire Economie' (PDSE). Socrates studied environmental sciences at the TU Delft and the University of Leiden.

Martine is a Dutch environmentalist and former journalist. She founded the first repair café in Amsterdam, and the Repair Café  International Foundation, which connects and supports ca. 1700 repair cafes in 35 countries. Her book ’ Weggooien? Mooi niet!’ (2015) discussed the process of setting up repair cafes. Martine has received several awards and recognitions, and the Dutch newspaper Trouw put Postma in its 'Sustainable 100' list for four consecutive years between 2012 and 2015.

Joey has a background in environmental science, human geography and geo-information science. He is co-founder of Café de Ceuvel, which showcases and applies sustainable technologies that have a positive impact on the world. He is currently conducting research at Metabolic and Wageningen University to find the optimal spatial distribution of concrete recycling facilities.

Joey is also the co-founder of a number of other inspiring organizations including Wooncoöperatie de Warren, which aims to realize 36 sustainable and socially innovative households in the east of Amsterdam, the Jafani Foundation, which aims to change the way healthcare is being given in Ghana, Toca do Coelho, a permaculture farm, and Stochasticity, a small company working towards making (geo-)data accessible and comprehensible, in a fun and engaging way.

Ernst Worrell's research interests focus on relations between energy and material use and the environment, and possibilities to limit these by means of efficiency improvement.

He is a member of Executive Committee REXEL Foundation (part of Fondation de France), Recycling Forum (advisory board for the recycling industry in The Netherlands), as well as of oversight board TKI Energie & Industrie.

Ernst is an Associate Editor of “Energy Efficiency” (Springer), and a member of Editorial Board of “Resources Conservation & Recycling”, “Energy, the International Journal” and "Renewable Energy Forum" (Elsevier)

Olga Coretcaia (publishing name – Olga Koretskaya) is a PhD candidate at Erasmus University Rotterdam. Her current research focuses on making practices in contemporary urban economies and their potential to facilitate sustainability transformation beyond capitalism. Olga has an interdisciplinary background on economic, sustainability and communication sciences. In 2018, Olga graduated from the MSc in Sustainability Science and Policy at Maastricht University. Prior to that, Olga worked for five years as a journalist covering socio-economic issues of national interest.

Sanli Faez is Assistant Professor in the department of Physics, Utrecht University. His research at the Debye Institute for Nanomaterials research focuses on nanophotonics and nanoscale electroscopy. He is a member of the Utrecht Young Academy. As part of a multidisciplinary team in UYA, he advocates for bolder actions by universities to tackle the climate crisis, and has appealed to the Utrecht university board to commit to the UYA climate action pledge.

Giuseppe Feola is Associate Professor of Social Change for Sustainability at the Copernicus Institute of Sustainable Development, Utrecht University. He holds a PhD from the University of Zurich (Switzerland), and worked in Italy, Switzerland, Germany and the United Kingdom before joining Utrecht University. Giuseppe works on social-ecological change in modern societies with a primary empirical focus on agri-food systems. His research is currently funded by and ERC Starting Grant and a Netherlands Organization for Scientific Research Vidi Grant, and focuses on processes of ‘unmaking’ of capitalism in agri-food social movements (https://unmaking.sites.uu.nl/). His most recent book is: Climate and Culture: Multidisciplinary Perspectives on a Warming World (Cambridge University Press).

Laura van Oers is a PhD candidate on the NWO-funded VIDI project within the UNMAKING project. She graduated in 2017 from the MSc in Innovation Sciences at Utrecht University and wrote her thesis on the creation of legitimacy in Dutch Community Supported Agriculture (CSA) initiatives. In the PhD project, Laura studies CSA and permaculture as cases of radical grassroots innovation in the context of food and agriculture in the Netherlands. Through empirical studies she sets out to understand how grassroots innovations, as alternative spaces, may contribute to sustainability. Laura worked as a junior researcher and lecturer at the Copernicus institute of Sustainable development from 2017 until 2019. Other research topics she explored include smart urbanism, knowledge politics, visions and expectations. 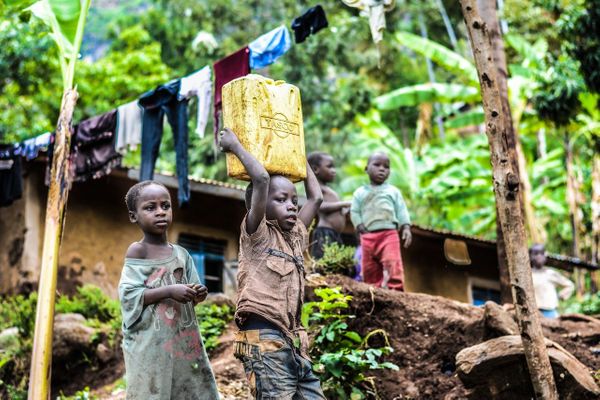 The sustainable development goals (SDGs) have been adopted by all United Nations (UN) member states as the blueprint to achieve a better and more sustainable future for all. The SDGs, however, do not 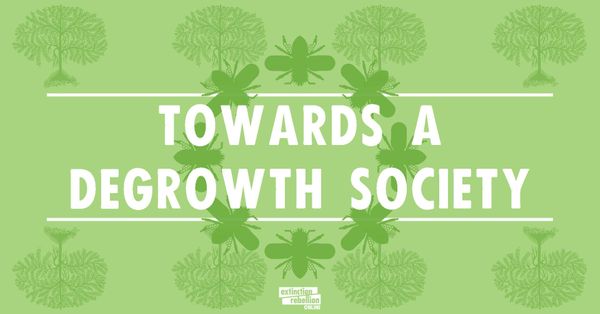 The COVID-19 pandemic urges to develop a new economy – one that can do without incessant growth, one that generates human well-being without the destruction of our ecosystems. This video-debate discusses what a future

ontgroei
—
Degrowth Symposium: get to know our speakers
Share this