There is mainstream economic thinking and there is wrong economic thinking. It has been like that for many decades. We almost forgot it could be otherwise. The unquestionable authority of the ‘right’ economic science has been maintained despite ecological catastrophes, human and non-human tragedies that it inflicted. Why, with all our love to technological diversity and innovation, are we so reluctant to seriously discuss alternatives to mainstream economics? These alternatives, although made invisible, persist and are ready to write new economic (and development) history.

Capitalism was born in the 16thcentury rural England and brought commodification of labour and natural resources. The economic growth narrative was born in the US after the Second World War and brought the imperative of GDP growth. These ideas about economics (i.e. commodification and growth) were accepted by other countries because they wanted or were forced to fit in the order established by powerful nations. Growth and commodification narratives entered coursebooks of the vast majority (if not all) universities around the world. They have become the only valid economic science.

This “science” was used to lay the foundation for all international development organizations and financial institutions that were further spreading the vision of the ‘right’ economy. However, the notions of constantly increasing production and commodification were not always compatible with other existing cultures and worldviews. But communities that functioned differently were labelled as uncivilized, nonsensical, dangerous (think, for example, about indigenous communities).

In all parts of the world, people exposed to (neoliberal) capitalism had and still have to adapt to it despite the cognitive dissonance, disruption of cultural tissues, ecological catastrophes.

In 1980s Zambia, after following recommendations of international organizations about privatization and removal of subsidies, faced a chain of negative effects among which was the HIV/AIDS epidemic. Tens of thousands of people lost their jobs and child labour increased nine folds among teenage girls.

Even when ecological catastrophes emerge on the global scale – climate change or plastic pollution – we all (citizens of Global North and Global South) are told to bear with the growth and commodification narratives. We are being convinced, for instance, that 'green growth' and carbon markets will do the trick and that the pollution will clean itself and inequalities will drop due to market mechanisms. Even one of the Sustainable Development Goals is about economic growth. That is how strongly the ideas about mainstream economics (i.e. commodification and growth) have captured our imagination.

However, searching for the ground-breaking solutions only within the old paradigm (that brought the problems in the first place) seems like a paradoxical (even nonsensical) endeavour. Decoupling economic (GDP) growth from extraction of natural resources proved to be a myth. Furthermore, the dominance of one view on economic reality has lead us, as we can observe at the moment, to a lack of resilience, lock-ins, blindness and denial of problems.

We love technological diversity and innovation, we cherish cultural diversity. Why are we afraid of economic diversity?

To be fair, despite the dominance of mainstream economic ideology, alternative views on how the societies should function persist, as well as economic practices outside conventional capitalist relations. Some version of buen vivir or ubuntu, worldviews that cherish strong feeling of connection with people and nature, are present throughout Africa, Asia, Latin America and Oceania for centuries. Inspired by them, eco-villages and transition towns appear in different corners of the world (including West) and purposefully reject mainstream economic principles. The family institution, ironically so important for the reproduction of capitalism, represents everything that capitalism is not: genuine care, irrational choices, gift-giving, even self-sacrifice. These logics of relation can and do lay foundations for alternative modes of economic thinking.

Student movement for a broader approach to economics education exists for at least two decades. Created in Paris, a movement for "post-autistic economics" gained attention after an open letter signed by almost a thousand economics students. Today, there is a global network of students and academics who dare to rethink economics. They struggle, however, to be heard and get funding for the research, so that crowdfunding campaigns are run to support such communities.

The process of opening up economics is developing slowly. Alternative worldviews, however, remain largely disregarded by people who have the power to rewrite economic laws here and now. That is why we need a public debate.

Economics is not a science for selected few and should not be presented as such. It is not so much about financial instruments, macro and micro economic indicators. It is first and foremost about our values and assumptions. What kind of society do we want to build? Do we really want to put price-tags on our relations with other people? Can lives of non-human beings have a price? Do all people (including future generations) deserve access to healthy environment? Does progress and development really equal to producing and consuming more stuff? Answers to these questions should form our economic policies and not vice versa. We should not be blinded by a monoculture of the ‘right’ economy or unquestionable authority of the ‘right’ science. We also, probably, do not have much time for continuous blindness. Climate breakdown threatens our common well-being (within just a decade or two!) and million species are under a serious threat of extinction.

A new economic (and development) history can be created by many voices. We should be brave enough to experiment and innovate with non-capitalist forms of relations; we should be rational enough to doubt  commodification and growth; and we can be wise enough to allow for economic pluriverse in which alternatives are taken seriously and provide the basis for adaptivity. Pluriverse within which we can question each other, inspire each other, learn from each other. 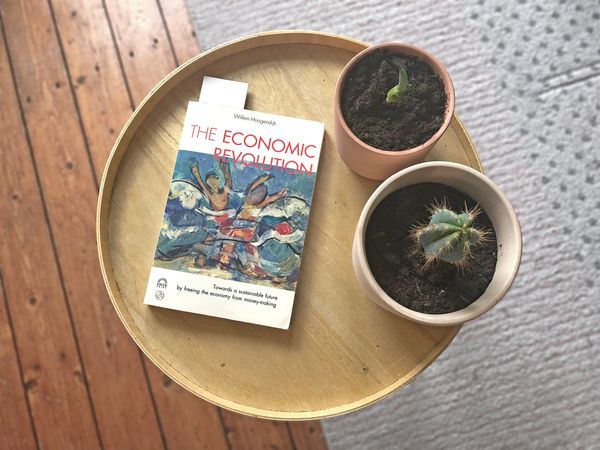 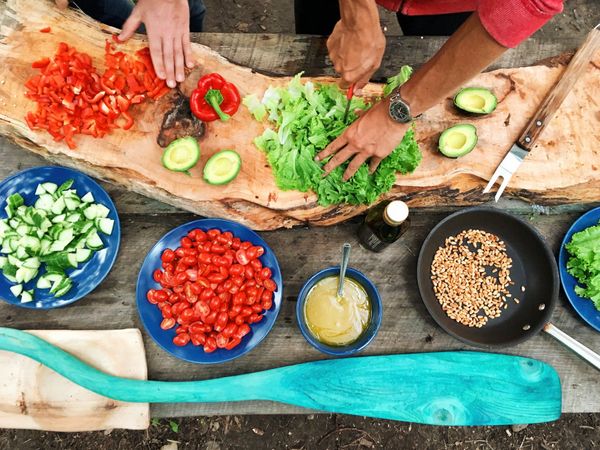 To celebrate the Global Degrowth Day, we are going from Utrecht to Amsterdam to the Food Autonomy Festival. We will officially gather for lunch on Saturday to discuss about degrowth, if you are