Impressions from the Degrowth Vienna 2020: Strategies for Social-Ecological Transformation

Due to the measures in place to contain COVID19, Degrowth Vienna 2020 moved online making an impressive programme of keynotes, panels, workshops, and convivial activities available to degrowth enthusiasts all over the world. On Sunday morning, I attended the panel on ‘Degrowth and Food’. A discussion on food and degrowth is pertinent as our globalised agri-food system is obsessively focused on perpetual growth and large production volumes through technical efficiency. While this approach has succeeded to deliver an increased availability of food, it has come with many negative externalities ranging from a variety of environmental damages to marginalised positions of small farmers.

Olivier de Schutter from IPES Food systems is the first panellists and discusses how the paradigm of growth is still very dominant in European policymaking. Through examples such as farm-subsidies, he draws a compelling case that large, industrialised farms are systematically prioritised over small-holders pursuing agro-ecological farming methods. According to De Schutter, EU bodies mostly support competitive markets, while largely disregarding farmers’attempts to diversify and re-localise the food system.

To showcase his argument of inconsistencies in the food system, De Schutter reviews the recent “Farm-to-fork” strategy written as part of the EU Green Deal. While he applauds the holistic approach to food system transitions and the notion of the ‘food environment’ in stimulating sustainable consumption, De Schutter outlines major short-comings of the farm-to-fork strategy. First of all, De Schutter aptly points out that although the strategy foresees a different, greener growth in future food systems, it does not question the growth paradigm itself. Green growth is likely to reproduce the same inequalities, primarily offering new market opportunities for the existingbig players.

Another major omission in the farm-to-fork strategy is the assumption that we need cheap food to overcome poverty. According to De Schutter, the prevailing dilemma between cheap, low-in-calorie food versus diverse, fresh diets at a good price is not questioned. Rather, he advocates for social protection and redistributive policies that would allow equal access to food while assuring farmers a fair price. Such an approach is promising and already experimented with in, for example, Spain where a basic income plan was proposed to radically decrease the ‘hunger ques’ that have become more frequent as a result of the COVID19 crisis.

In general, de Schutter points out that social innovations such as food aid, but also community supported agriculture or urban gardening are too little appreciated in EU strategy that focusses on the mainstream system. So the question that this leaves me with is whether the farm-to-fork strategy will actually transform the food system if we do not discuss fundamental values and assumptions that uphold the dominant food system.

The second panelist, Line Rise Nilsen presents the achievements of the Copenhagen house of food in prioritising quality in public kitchens. Nilsen talks us through the case of elderly homes to show how new quality indicators have greatly transformed the way food is prepared and perceived by the kitchen personnel. Foremost, the initiative aims to provide ‘the right food for the right people’ and subsequently proposes a move away from processed food  towards organic produce that is healthy and tastes good. Nilsen mentions the importance of education programmes in re-connecting cooks with organic farmers to better understand the farming method and appreciate seasonal cycles and locally grown produce. Moreover, another quality indicator ‘respect for the meal’ reminds us that food can indeed have a central role in bringing people together by connecting people over meal. All proposed quality indicators, including ‘use of raw produce’, ‘right food  for the right people’ and ‘respect for the meal’ are very much aligned with degrowth in prioritising local production and consumption, cooperation, principles of care and the joy of sharing a meal.

The third and final speaker of the panel is Armin Bernhard from the village Mals in South Tyrol. Cascading down from the EU-level to the municipal level, Armin presents his story of how a citizen-initiative mobilised enough support to declare Mals a pesticide Free Region. By outlining the major conflicts, Bernhard shows how in a small territory global conflicts come together.

The citizen initiative was founded by Bernhard and his friends who were afraid that pesticide-intensive practices associated with apple orchards in the lower valley would be replicated in Mals, located in the upper valley. As the founders feared drastic landscape change, they started an open discussion with citizens to ensure a democratic process of transformation.  This included an array of questions such as ‘how do we want to live?’; ‘what do we want our landscape to look like?’; ‘how should we run our economy’? and ‘how do we envision our relationship with the environment?’. Bernhard shares with us that the simple fact of defining a ‘territory of change’ mobilised many different groups and individuals, all with different approaches and values, and enabled them to reclaim a voice in the debate. In the end, an overwhelming 75% agreed on Mals becoming a pesticide-free region, supported by environmental, health, and equality arguments. The citizen initiative in Mals and its strong focus on food democracy and sovereignty may indeed exemplify as to how we should think about food system transformation.

Degrowth Vienna 2020 and the panel on degrowth and food has offered valuable insights and has made the case for rethinking fundamental assumptions of growth and market competition that undergird mainstream policies for food system change. The critique by the Schutter concerning the dominance of industrialised farming in EU policymaking reminds us that a discussions on degrowth is pertinent in shaping a more democratic food system in which social innovations, environmentally benign farming methods and local markets are appreciated. Indeed, the Copenhagen house of food programme and the citizen initiative in Mals are great examples of degrowing the food system.

Author of the blogpost:

Laura van Oers is a PhD researcher at Utrecht University (the Netherlands) and a member of the Dutch Degrowth Platform Ontgroei.nl. Laura studies CSA and permaculture as cases of radical grassroots innovation in the context of food and agriculture in the Netherlands. 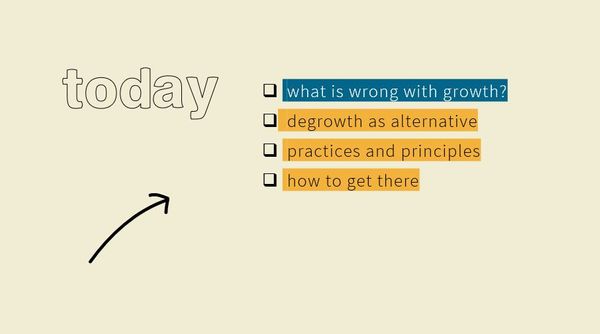 Ontgroie participated in the online INvirolution festival 2020 on the 20th of June. For over 10 years the festival has held inspirational discussions, concerts and workshops around sustainability, radical freedom and community empowerment. 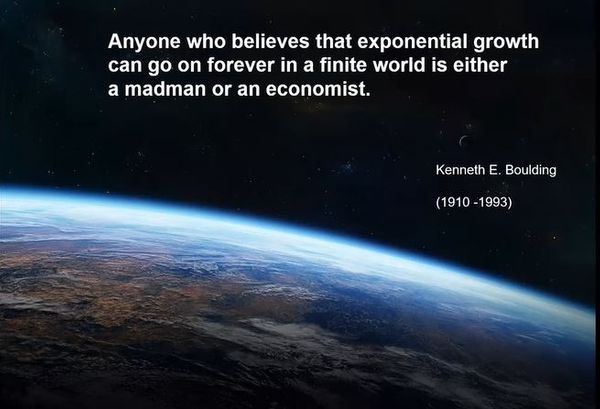 On the 15 of May 2020 the Second Utrecht Degrowth Symposium: From Circular Economy to Circular Society was held online. The event had over 1500 registrations from various sectors including academia, NGOs, public

ontgroei
—
Degrowth and food – toward a democratic food system
Share this