In the early 17th century, the bubonic plague is said to have played a crucial role in popping the tulip bubble in the Netherlands. Today, the coronavirus (COVID-19) is leading not only to a health crisis, but also an economic one. The outbreak is sparking realistic fears of a deep global downturn. Our globalised, just-in-time, cost-cutting, risk-taking and profit-maximising economy has shown a rather limited ability to absorb shocks. In a time of crisis, the instability and fragility, but also the inequality of the economic system becomes painfully obvious.

Meanwhile, the current downturn has been associated with a range of environmental as well as social benefits: reduced air pollution and greenhouse gas emissions, more localised market chains, increased neighbourhood solidarity and a renewed appreciation of basic public services. But is talking about the positives, or potential opportunities, of this situation in bad taste? Should we not just ride out the wave of contaminations while minimising disruptions to our economic structures?

Clearly, we should do everything we can to help those whose lives and livelihoods are at risk. However, to return to business as usual after the crisis blows over (assuming we can) would be a huge mistake. We must take time to reflect—especially since some of us now have the unusual luxury of free time.

The current economic downturn is a far cry from the deliberate and equitable downscaling that us ‘degrowth thinkers’ have had in mind. But before we get into that, let us start with a few striking observations. First, social inequity, environmental disruption and financial instability have converged in a multi-dimensional crisis of global proportions. Second, this crisis is intensifying, undeterred by decades of corrective efforts within each of these three dimensions. Third, these efforts have been predominantly guided by a single bottom line: all have fetishised the pursuit of economic growth. And finally, any barrier to growth (e.g., a virus or a drop in consumption) destabilises the inner-workings of the economy itself. Indeed, when the mechanisms of growth falter, innovation stops, companies are outcompeted, recessions loom, banks collapse, businesses foreclose, people lose employment and governments default on their debts.

The response to the 2008 crisis in The Netherlands has been austerity, which Jason Hickel aptly describes as “a desperate attempt to re-start the engines of growth by slashing public investment in social goods and welfare protections.” We can only hope that the gratitude that the Dutch government is now expressing to doctors, health workers and hospital personnel for their efforts during the current ordeal serves as an actual wake-up call. These are services whose value lies far beyond their potential cost to the economy, or their profitability. This gratitude must translate into actual long-term support for the health and social sector.

The primary impulse of the capitalist economy is endless growth. What is the source of this impulse? What is driving the pursuit of profit, expansion and accumulation? Are we impelled by our presumed greedy, insatiable and competitive human natures? Or do we instead behave this way because economic structures and relationships compel us to? And has capitalism perhaps even shaped our belief that it is what best matches our innate selfishness and materialism? The capitalist system is made up of mutually incompatible interests. Its logic is one of conflict rather than cohesion. In the words of George Monbiot, “everywhere we are encouraged to fight for wealth and social position like stray dogs over a dustbin.”

We can witness the dogfights among firms, which lead to bankruptcies, consolidations and oligopolies. We can see them between firms and employees, which lead to precarious work, low pay, overtime and burnouts. But such struggles are typical of the entire system: they occur everywhere between buyers, sellers, retailers, middlemen, producers, shareholders, banks (interest payments) and government (taxation). Some may act out of greed, but that does not seem to be the dominant motivation for most people. Indeed, most struggle simply to stay afloat. This pushes everyone to participate in the economic structures that might allow them to realise profit, expansion and accumulation. Here we find the main source of the systemic impulse to grow.

Our physically expanding world economy extracts and dumps matter from and to its non-growing materially-closed environment. After some time, the expansion must stop before nature enforces it, wrote political economist John Stuart Mill in 1845. In the same period, Marx and Engels wrote that under capitalist relations the productive forces would degenerate into destructive forces. And, they added, citizens would do well to become self-employed and appropriate the productive forces. Capitalism, however, has persevered. To be sure, it has also brought about economic prosperity, but this has come at a steep social and environmental cost. The claim that it is still bringing more prosperity cannot reasonably be upheld today. The system is spiraling out of control.

Ecosystems teeter on the verge of collapse after decades of profit-driven exploitation. The social and cultural achievements of capitalism do not hold up under the pressure of the mountains of debt that have been created by our commercial financial apparatus. The more socially-responsible Rhineland model of capitalism is currently losing ground to the neoliberal “laissez-faire” model. Companies are trapped in a competitive "race to the bottom" that drives up further social inequality and environmental disruption. So-called free entrepreneurship is, in reality, burdened by a money-driven system that must grow.

This burden is heaviest for some. The Guardian reported that the worldwide credit crunch triggered by the coronavirus will set in motion a wave of corporate bankruptcies that will make the global financial crisis look like “child’s play”. In response to this threat, governments announced extensive measures to help businesses that have been affected by the corona pandemic. This is, of course, commendable, but we should also use this time to reflect more deeply on the way our current economic structures systematically undermine small enterprises in local economies—even in normal times. In any volatile economic situation, they are the first to fall. (And we are already seeing signs of unequal treatment of large and small companies in the current support scheme from the Dutch government to the private sector.)

Let us also use this moment to consider an alternative. Degrowth may not always offer clear blueprints, but it suggests new directions that are overwhelmingly preferable to the current situation. For example, in 1991, Willem Hoogendijk published the ‘Economic Revolution : Towards a Sustainable Future by Freeing the Economy from Money-making’. It was one of the earliest arguments for a flexible economy. In a flexible economy, small and medium enterprises would be able to survive market fluctuations. There would be institutions to support flexible employment during slumps, e.g., through job guarantee or universal dividend schemes. Moreover, contrary to what is currently the case, the capital remuneration in a flexible economy, i.e., the returns to shareholders, silent partners and bankers, must also be able to fluctuate without those investors immediately walking away. In other words, capital must be much less mobile.

By bringing down cut-throat profit-maximisation and competition, the flexible economy is an alternative to an overheated economy. The flexible economy is one of many possible degrowth strategies towards improving our natural and social environments—and by doing so, live healthy, peaceful, convivial and meaningful lives. Degrowth, then, is not an austerity programme: it is a liberation from the prison which is the compulsion-to-grow economy.

In this phase of transition, debunking the old story of growth and drafting a new one are equally important. Both objectives are part of the degrowth narrative, which is effectively inspired by a rich mix of intellectual and pragmatic influences. While this heterogeneity gives it strength, it also makes degrowth a challenging story to tell. The story can benefit from an open discussion. Please let us know what the current crisis means to you.

Crelis is an assistant professor in environmental geography at the University of Amsterdam.

Willem is an environmental activist, writer and chair of Stichting Aarde (Earth Foundation).

Francis is a clinical psychologist, writer and co-founder of Wowser Nation

We are grateful to Jordy Willems, Olga Koretskaya and Ties Temmink for their valuable inputs and comments on this piece.

Photo by Martin Sanchez on Unsplash

Update: In response to the current measures in place to contain the spread of Covid-19, The second Utrecht Degrowth Symposium: From Circular Economy to Circular Society will be held online on Friday, May 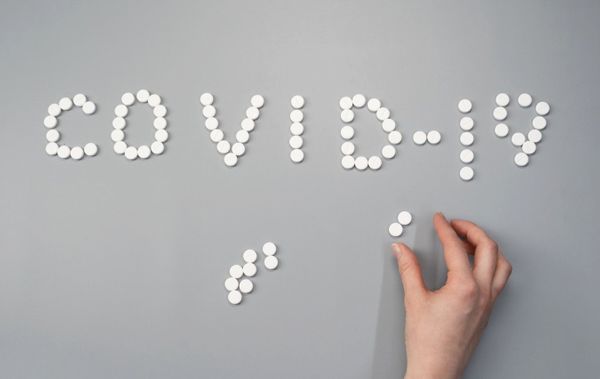 Coronavirus has paralysed economies throughout the world, and the Netherlands is not an exception. Many people struggle to get income, workers are at risk of being laid off. Vulnerable groups already face the

ontgroei
—
This isn’t the type of downscaling that degrowth thinkers have in mind!
Share this