Liberating our minds from the imperative of endless economic growth and profit maximization is one of the key inspirational ideas of degrowth. Scholars and activists call this liberation ‘decolonization of the imaginary’. Degrowth initiatives indeed disrupt our usual understanding of the capitalist economy, but they also go further than that – they disrupt social norms and physical spaces. How can we enrich our understanding of such disruptions of capitalism in a way that goes beyond the imaginary?

This article continues a series called "Science for Everyone", in which we provide accessible summaries of degrowth-related academic papers.

By Giuseppe Feola and Olga Koretskaya

Our societies are facing multiple interconnected challenges, which include climate emergency, an unprecedented loss of biodiversity, growing inequality and plastic pollution. What connects these challenges is the underlying capitalist economic model, which prioritizes profit-making over wellbeing and requires endless economic growth simply to stay afloat.

Degrowth offers an alternative vision – it is a project of urgent and fundamental transformation. Degrowth requires reimagining our societies from the perspective of being profit-centred to being wellbeing-centred. This approach distinguishes degrowth from other, more compromising visions of transformation, such as ‘green growth’. But how can society transition towards degrowth?

One idea that has become prominent in thinking about such a transition is that of ‘decolonization of the imaginary’, a concept developed by Serge Latouche. This concept signals the need for a disruption of taken-for-granted ways of seeing the world, and their associated practices, rules and social norms. Decolonization of the imaginary questions deeply rooted beliefs about who we are, how we live, and about our place in this world. Are we merely self-interested individuals or are we also care-oriented members of communities? To what extent do technology and consumption contribute to human wellbeing? Does our constantly expansive economy threaten human communities and the natural world?

Decolonization of the imaginary has been an inspirational idea for scholars and activists alike. Yet, it alone seems to be insufficient to take us to fully grasping the depth of disruptions of capitalism that have been produced by initiatives such as transition towns, permaculture farms, and repair cafes. Decolonization of the imaginary emphasises the symbolic dimensions of social change but it underplays the material dimensions of such change. It is also usually understood as an end point, and hence fails to help us to recognize – and learn about – what happens along the way.

How can we think about the processes by which disruptions of capitalism occur in broader, deeper and more dynamic ways? Is it possible for us to better capture what is going on in concrete initiatives?

In a recent article, Giuseppe Feola proposes that we think about the disruption of capitalism in terms of ‘unmaking’. He suggests that an unmaking of capitalism is not only necessary, but possibly pre-conditional for a transformation of the magnitude and nature required by degrowth. ‘Unmaking’ refers to individual or collective actions of disengagement or active deconstructions of existing capitalist systems that ‘make space’ for alternatives. Such actions could take the form of a personal decision to limit consumption or to quit a high-paying job at an oil corporation. Unmaking can also be recognized in a community farm that refuses to submit to market pressure to expand production and instead turns to a community-supported model to sustain itself.

The processes of unmaking are dependent on the particular historical context. It means that there is no single way to unmake capitalist practices, rules or social norms. What can cause a rupture in one place in the system might not be what causes a rupture in another part. Various grassroots initiatives, therefore, naturally have a different focus, complimenting each other. This dependency on context also means that lessons learned from one experience of unmaking should be applied and transferred carefully between concrete initiatives.

Processes of unmaking involve both symbolic and material disruptions. In many concrete grassroots initiatives and individual actions, critiques of capitalist culture are usually accompanied by material and practical deconstructions of the status-quo. If we return to the example of the self-limitation of consumption at an individual level, we see that through their actions individuals are breaking down the social (symbolic) obligation of ever-growing consumption while simultaneously changing concrete (material) routines.

Unmaking is a contradictory personal experience. Breaking free from capitalist practices and logic involves a deliberate rejection of the dominant narratives, such as those referring to self-interested human beings. This rejection makes space for other logics of action, including those of cooperation, recognition, and dignity. These alternative logics are not alien to us: sacrifices for higher goods and acts that stem from ethics of care occur in many spheres of everyday life, such as in the lives of parents. The alternatives to capitalist logic and practices, however, are often neglected and socially unrewarded, and can sometimes even be sanctioned by the dominant economic rules. This means that personal unmaking can be ‘messy’ and might involve compromises, negotiations, setbacks, and dilemmas.

Unmaking is often hidden, but can be used strategically. Acts of unmaking undermine the established order, including: cultural norms (e.g., consumerism), material infrastructure (e.g., diesel cars, mass manufacturing plants), rules and regulations (e.g., the 40 hour working week), and socially accepted expectations (e.g., economic growth targets, the maximization of shareholders’ profit). Yet, to avoid direct confrontation with powerful actors, grassroots initiatives often keep these disruptions private or hidden. Moreover, the personal, small-scale character of many forms of unmaking pushes disruptions away from the spotlight – often they do not make newspaper headlines. In some other cases, in contrast, unmaking can occur through public actions such as civil disobedience and protests, as well as through the emergence of disruptive public discourse; the social movement ‘Extinction Rebellion’ is one such example.

Unmaking is generative. Processes of unmaking aim at interrupting the reproduction of capitalist logics and practices. At the same time, unmaking has and inherently implies creative power: it enables the imagination and prefiguration of different futures. By creating symbolic, material, spatial and temporal vacuums that may be filled in ‘other’ ways, unmaking enables the setting of new ethical and practical priorities. It opens up and cultivates possibilities otherwise unthinkable or thought to be out of reach.

The full paper ‘Degrowth and the Unmaking of Capitalism Beyond “Decolonization of the Imaginary”’ was published in ACME: An International Journal for Critical Geographies and is available in open access here. This research is part of the research programme UNMAKING.

Giuseppe Feola is an Associate Professor of Social Change for Sustainability at the Copernicus Institute of Sustainable Development at Utrecht University (the Netherlands) and is a member of the Dutch Degrowth Platform Ontgroei.nl.

Olga Koretskaya is a researcher at the Copernicus Institute of Sustainable Development at Utrecht University (the Netherlands) and a member of the Dutch Degrowth Platform Ontgroei.nl. 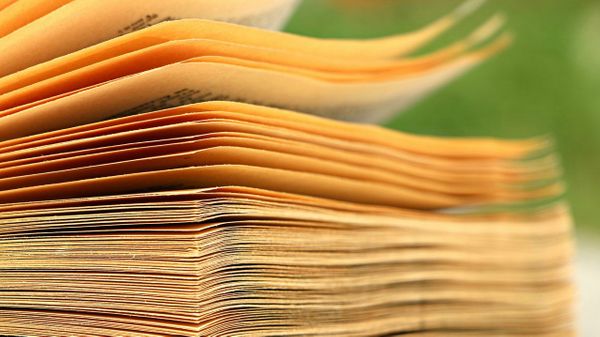 7th International Degrowth Conference is taking place in Manchester (UK), September 1st-5th 2020. We would like to announce a call for academic papers for a special session that would focus on the themes

ontgroei is organizing a film screening of the movie 'The Commons, Reclaiming What is Ours' at the ACU in Utrecht. Before the movie there will be a short talk about the basics ideas of degrowth. After the movie, there will be a small discussion on how the movie links to degrowth.

ontgroei
—
Degrowth and the Unmaking of Capitalism
Share this